What is Liposomal Vitamin C and how does it benefit me?

There’s little doubt that vitamin C is of great benefit to the human body. However, how you consume vitamin C makes a huge difference in the amount your body is able to absorb and use (a feature of all supplements called “bioavailability”).

Between 14-30% of the vitamin C consumed in supplement form is actually absorbed by the body. ( Source 1) That number can vary greatly depending on your own vitamin C needs and the type of supplements you take. Consuming five servings of raw foods high in vitamin C per day, such as berries, kiwi, broccoli and citrus, will provide adequate vitamin C. Adding supplemental vitamin C in the form of ascorbic acid, the equivalent form of vitamin C found naturally in foods, will increase blood levels further, but natural absorption of vitamin C above the intake of about 200 mg decreases sharply with increasing doses by as much as 50%. ( Source 2) This may be because our bodies use certain transporters of vitamin C in the small intestine called Sodium-Dependent Vitamin C Transporters (SVCT -1) which will absorb efficiently only up to a certain point and this absorption is regulated by our bodies depending on the level of vitamin C in plasma (blood). In addition, any excess absorbed vitamin C is destined to be  excreted in urine to maintain a small tight control on plasma concentrations.

This is where liposomal vitamin C has an advantage.

Liposomes are phospholipid containing microscopic spheres that carry vitamin C at their core. Their absorption does not depend on vitamin C transporters like SVCT-1 but rather on the direct fusion of the liposome with the small intestinal cells resulting in the direct intracellular release of the vitamin C which eventually  ends up into the blood circulation.

Not only does liposomal vitamin C have a substantially higher absorption rate than conventional vitamin C supplements, but it also comes with its own host of health benefits. This is due to the phospholipids used to surround, or encapsulate, the vitamin C — the very mechanism that allows it to bypass the slow vitamin C transporters present in the gut. In this article, I discuss the definition of liposomes and how to choose the best liposomal supplement and potential side effects.

Liposomes are actually similar to cells. The same phospholipids that makeup cell membranes also make up the outer shell of liposomes. The inner and outer walls of the liposome are made up of phospholipids, the most common being phosphatidylcholine, to create a lipid bilayer. A double layer of phospholipids (phospholipid bilayer) creates a sphere around an aqueous (water-containing) component, such as dissolved vitamin C.

Because the liposomes’ outer shells imitate our cell membranes, liposomes can “fuse” with certain cells upon contact, delivering the liposome’s content to the cell. This is the scientific advantage of the liposomal delivery system.

Liposomes were discovered in the 1960s. This novel delivery system offers a targeted method to get nutrients into the bloodstream without being destroyed by the digestive enzymes and acid found in the digestive tract and stomach respectively.

What is liposomal vitamin C?

As mentioned above, liposomes are thought to fuse with the cells responsible for absorbing nutrients making up the gut lining called enterocytes. Because they bypass the normal mechanism of absorbing vitamin C through slow vitamin C receptors type 1 (sodium-dependent vitamin C receptors SCVT 1), the bioavailability is much higher than standard vitamin C supplements. ( Source 3 )

Taking a liposomal form of vitamin C is much more effective and efficient than traditional methods of vitamin C supplementation in terms of absorption.

The best-understood advantage is that liposomal vitamin C has a much higher bioavailability than standard vitamin C.

A 2016 study in 11 human subjects found that vitamin C encapsulated in liposomes increased vitamin C levels in the blood substantially  compared to an un-encapsulated (non-liposomal) supplement at the same dose (4 grams). ( Source 4 )

Liposomal vitamin C’s bioavailability is only outstripped by intravenous (IV) vitamin C. IV vitamin C which has 100% bioavailability by definition, but is much more invasive, as it requires a needle insertion, a specially trained facility, and 1-3 hours of time for the slow infusion.

Vitamin C intake (via diet or supplements) may decrease the risk of cardiovascular disease by about 25%, according to a 2004 analysis published in The American Journal of Clinical Nutrition . ( Source 5 )

Endothelial function involves the contraction and relaxation of blood vessels, enzymatic release to manage blood clotting, immunity, and platelet adhesion. Ejection fraction defines “the percentage of blood that is pumped (or ejected) out of the ventricles” when the heart contracts on every beat.

Together, these results suggest that vitamin C may play an important part in the prevention of cardiovascular disease and the improvement of heart health.

After a stroke or heart attack, it’s important to heal the tissues damaged by the lack of oxygen. Once blood flow is restored, the reoxygenation of previously oxygen-deprived cells leads to tissue damage called “reperfusion injury” which is accompanied by “excessive generation of free radicals”. ( Source 7)

When delivered intravenously, vitamin C is a potent antioxidant that can counteract and neutralize free radicals that cause the oxidative stress caused by reperfusion. ( Source 8 )

Although blood levels achieved by IV infused vitamin C are much higher than liposomal vitamin C, one study observed that liposomal vitamin C was nearly as effective as IV vitamin C at preventing tissue damage during reperfusion. The research was conducted in 11 subjects who had temporary obstruction of blood flow to their arms blood flow by tourniquet. ( Source 4 )

Intravenous vitamin C can be used in high doses to fight cancer in tandem with traditional chemotherapy. It may not eradicate cancer on its own, but it can definitely improve the quality of life, increasing energy and mood for many cancer patients.

On a case by case basis, IV vitamin C can even induce regression of cancer. A 2014 review recounts several reports of remission when using IV vitamin C with chemotherapy. ( Source 10 )

However, one should not rely on IV vitamin C to induce remission or treat cancer on it’s own, as these cases are isolated at best. Vitamin C can however be a great adjuvant (helper) to traditional cancer treatment.

Liposomal vitamin C has not been specifically tested in human subjects with cancer. Many cancer patients receiving IV vitamin C, however, also use liposomal vitamin C in high doses between IV treatments. After receiving a high dose of IV vitamin C, it is not uncommon for blood levels to drop below normal in the days after the infusion (trough levels). Therefore, it’s highly recommended to increase oral intake levels of vitamin C between IV vitamin C infusions especially to prevent low rebound trough plasma levels of vitamin C.

Collagen is the most abundant protein in our bodies, however our own natural collagen production slows around the age of 25. Vitamin C is a cofactor in the enzymes that produce collagen, meaning it is necessary to the function and health of your bones, blood vessels, and joints where collagen abounds. ( Source 11 ). When vitamin C levels run low, such as in times of stress, infection, chronic illness (i.e. diabetes, autoimmune illness which generate high levels of free radicals and oxidative stress), less of it is available for collagen production.

Since collagen is the structural protein that holds us together, this can manifest as weaker joints, tendons, blood vessels and connective tissue. More superficially, weaker collagen can manifest as sagging skin with more wrinkles.

The National Institute of Health advises men and women to never take more than 2,000 milligrams of vitamin C dietary supplement each day.

For specific health issues, a higher dose may be warranted. The Linus Pauling Center recommends a dose of 2,000 milligrams per day, which is generally very safe and can account for the poorer absorption capacity in some individuals. People who may benefit most from this high dose include the elderly and smokers, who also have an increased need for vitamin C.

Generally, 1000-2000 mg/day should afford you the general health benefits of vitamin C:

4,000 milligrams of liposomal vitamin C has been used to protect against the oxidative damage that can happen post-heart attack or stroke due to reperfusion.

While these results are very promising, I suggest stying at around the 2,000 milligram threshold as a daily maintenance dose, unless a healthcare practitioner advises you to take a higher amount, or you have increased levels of oxidative stress from chronic illness or acute infection which require higher doses.

Although a high dose of vitamin C may not technically be “toxic”, it may cause side effects like nausea or diarrhea.

ADD and ADHD medications utilize amphetamines. Vitamin C may weaken the effect of amphetamine-based drugs by limiting their effect, although this result has not been reproduced in human subjects. ( Source 19 )

Shop yours here with nationwide delivery

Immune support for the whole family.Utilizing advanced liposomal encapsulation technology as the delivery method. The first choice for people who really understand bioavailability and the importance of high dose vitamin C. 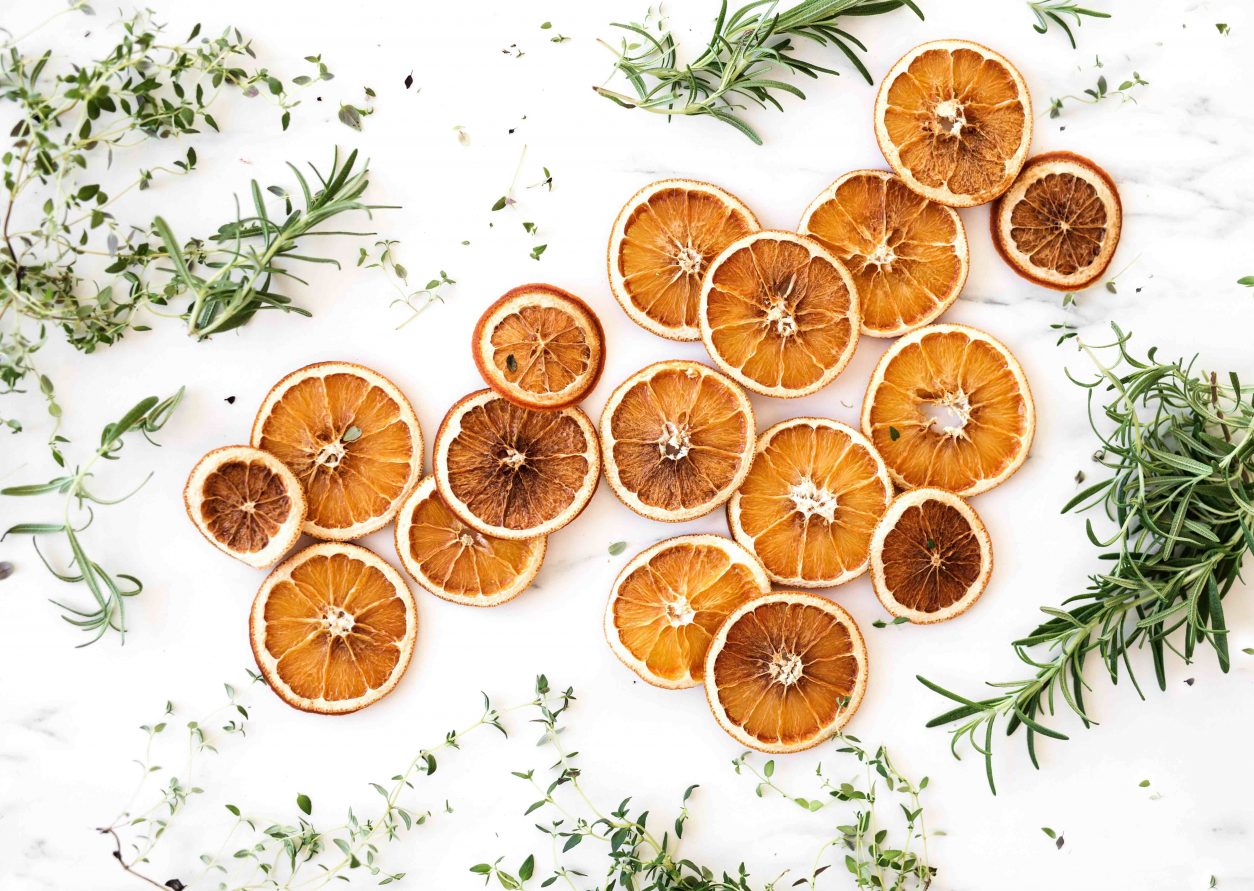 Only 20% of standard vitamin supplements make it your cells, the rest pass as waste.
Liposomal Encapsulated Vitamin C is the best way to get your boost – with an estimated 98% efficiency,  traditional vitamin C supplements just don’t compare.